Learn All About SSJJKA In Just 2 Minutes!

The Benefits of Ju Jitsu

Our training sessions are an hour and a half long structured in way to help improve your overall fitness: strength, power, flexibility and cardiovascular endurance.

Ju Jitsu also helps take you out of your comfort zone which develops confidence that you may take to other areas of your life. Being good at a physical skill is something you can take pride in.

It is best to avoid fighting, learning to de-escalate a potentially dangerous situation is important. If an unavoidable fight broke out, however, Ju Jitsu gives you the knowledge and skills to handle it effectively.

Ju Jitsu requires dedication. Practicing the discipline to keep training is important as it helps keep you on the path to your next belt.

The discipline learned from Ju Jitsu can translate to other areas of life which you want to take control of.

Why Choose Ju Jitsu Over Other Martial Arts? 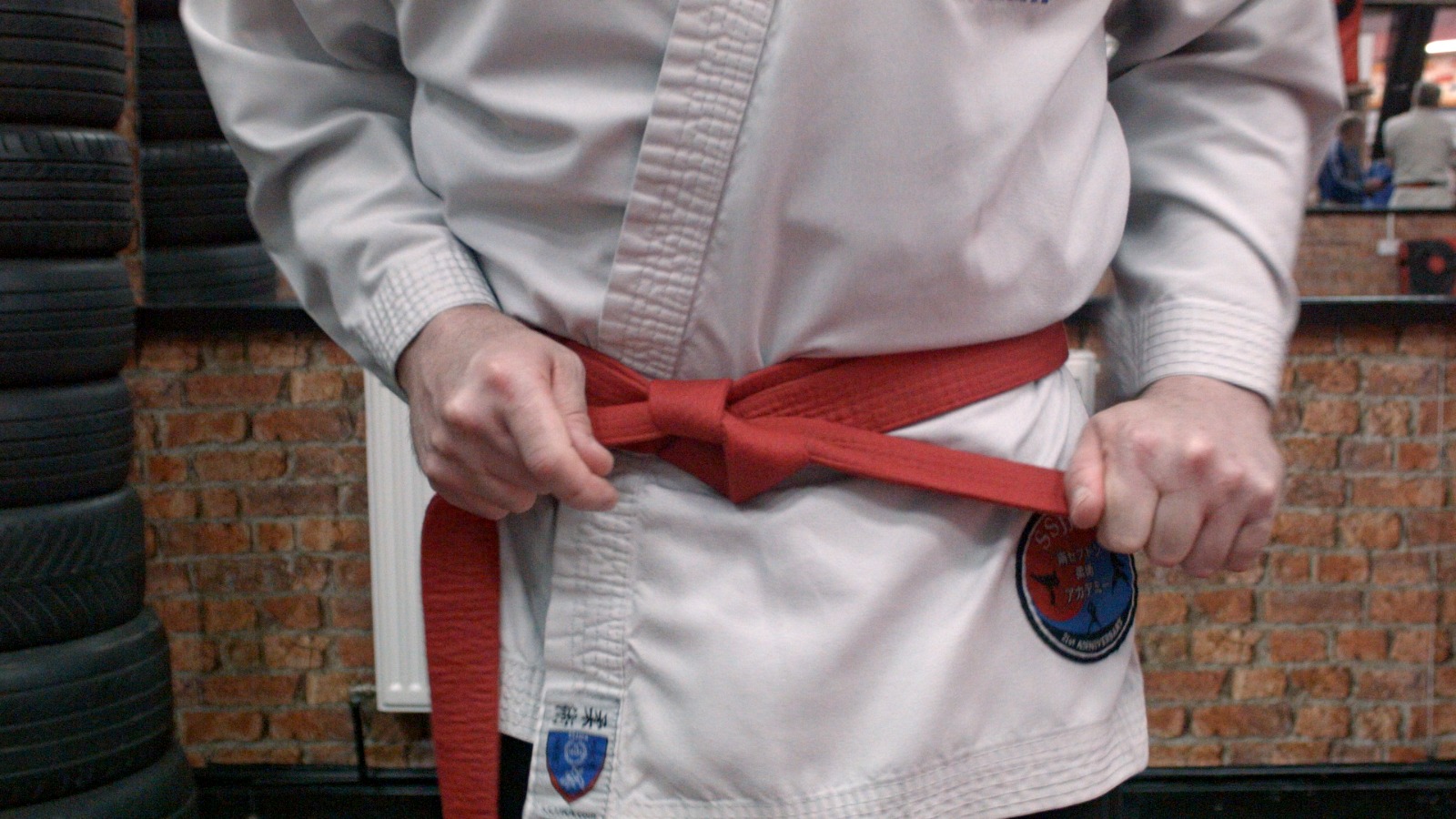 Easy to Get Started

Students start at red belt where we teach the fundamentals such as safety and dojo etiquette. After a few weeks, students earn their white belt where they get to move on to the exciting stuff like throws, locks and takedowns. Ju Jitsu is appropriate for anyone, no matter their age or ability. 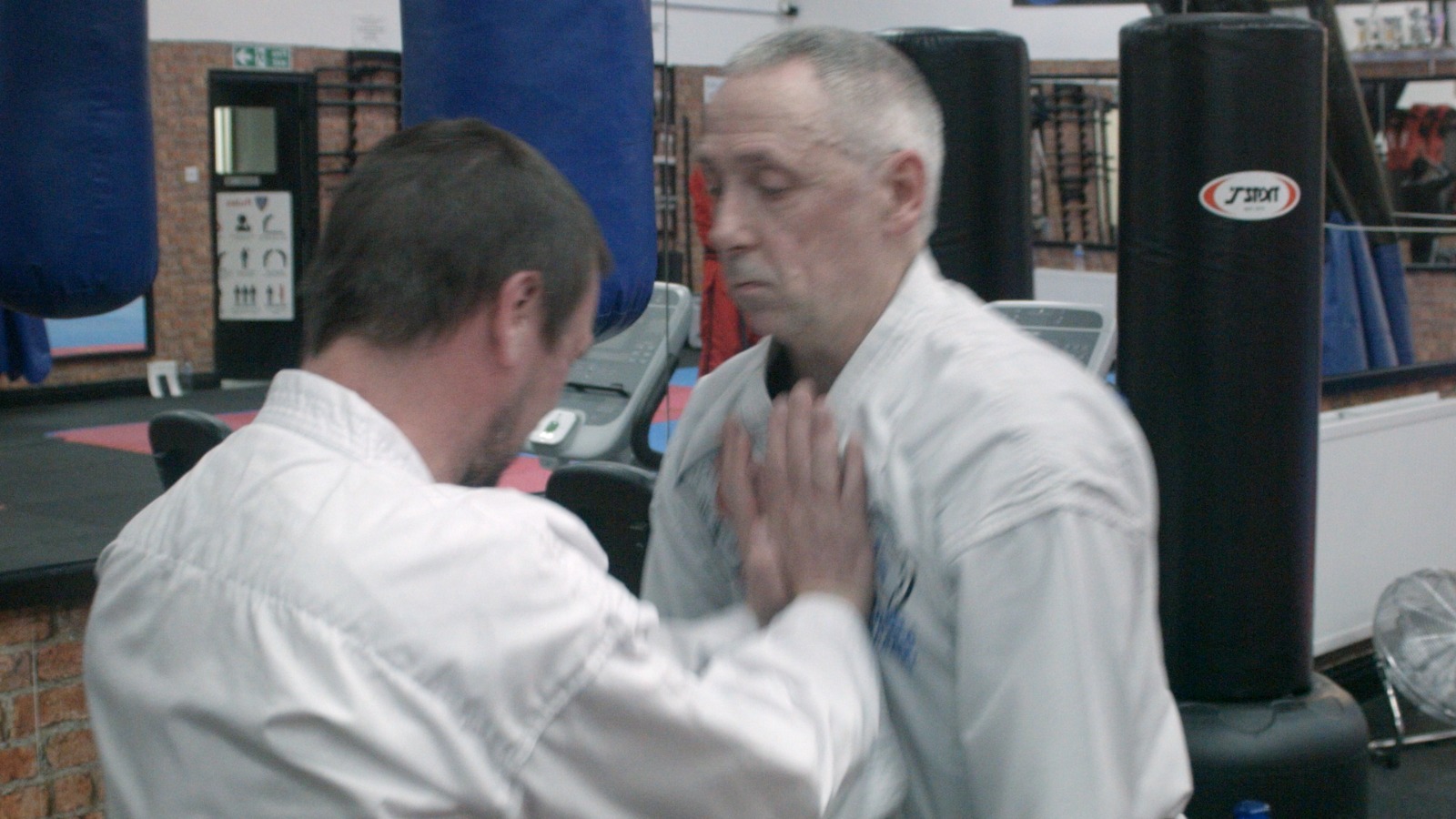 Ju Jitsu is designed specifically to give people the skills they need to defend themselves in a real world situation, rather than solely as a competitive sport. 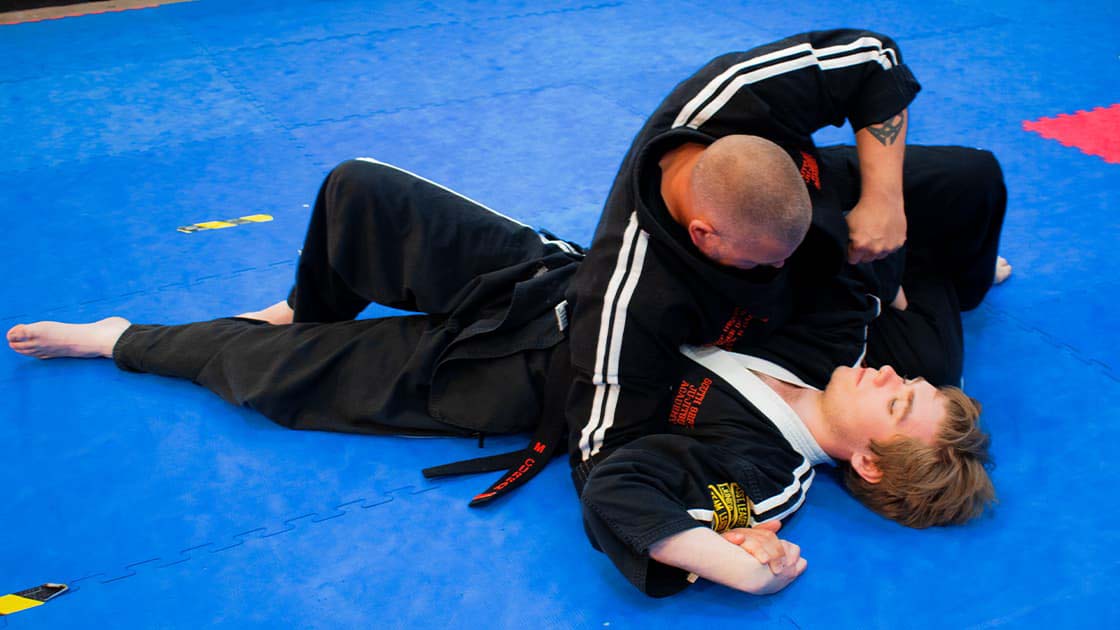 Ju Jitsu is great for ladies self-defence. Rather than directly opposing your attacker, you are able to use their own strength against them.

Why Choose to Train With SSJJKA? 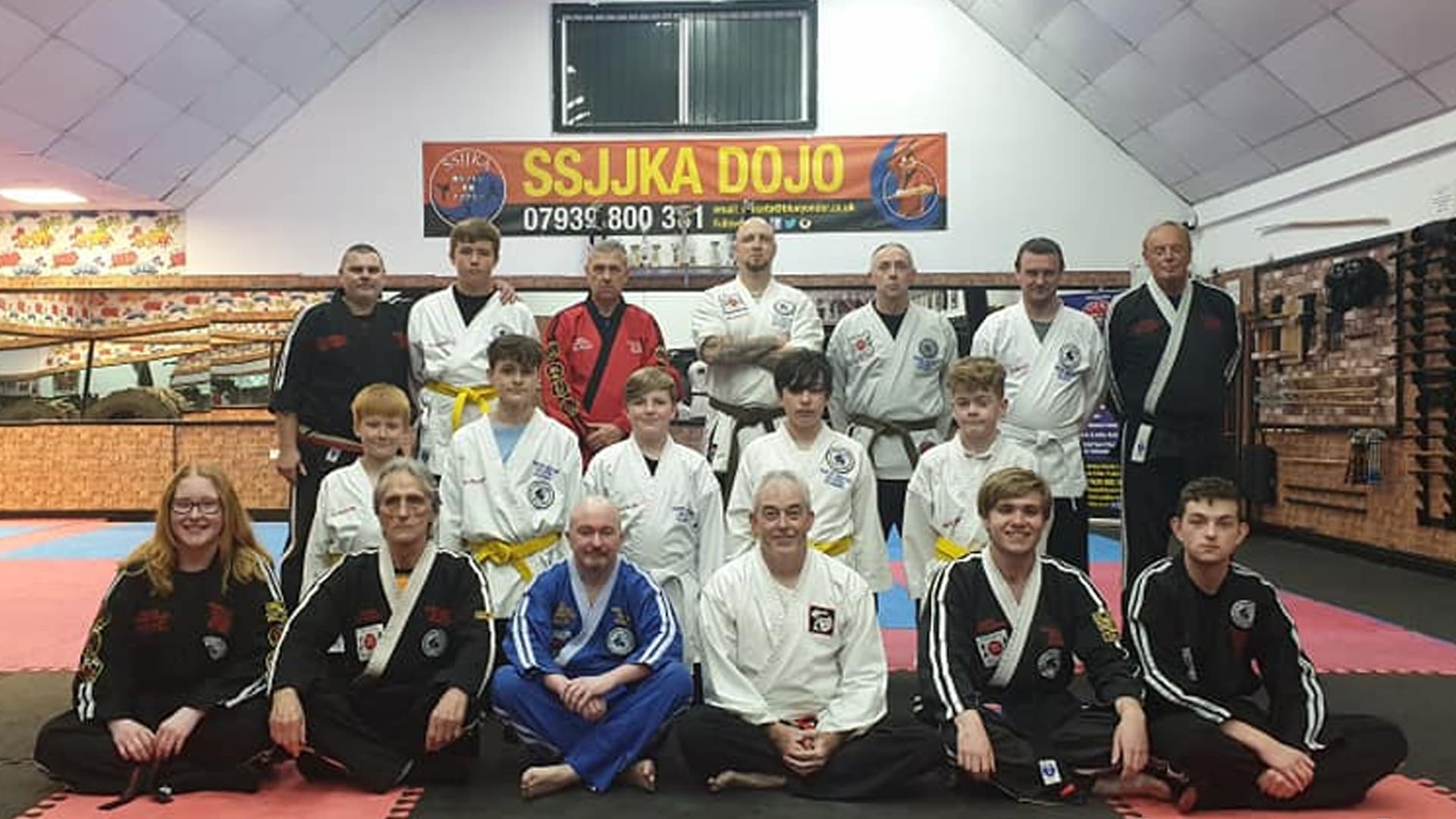 South Sefton Ju Jitsu and Kobudo Academy is a diverse community of people who all come together to train.

We offer a friendly environment where our students can learn and master traditional Japanese Ju Jitsu. All of our instructors our fully qualified and work hard to bring out the best in each individual student. 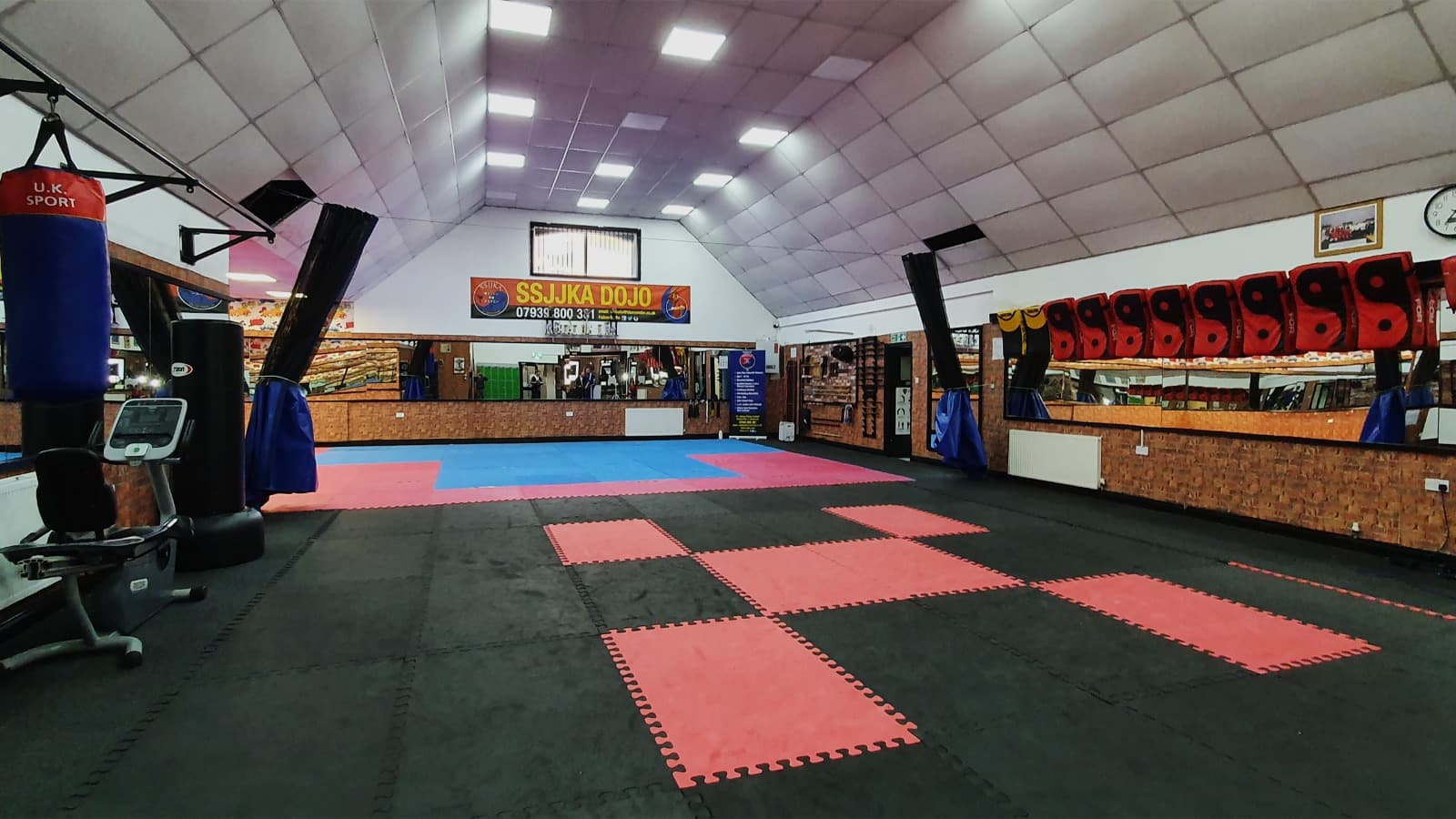 Our dojo is fully matted ensuring students can train safely. This gives students plenty of space to train so they are not bumping into eachother or hitting obstacles around the room.

Our classes are one hour and a half long and are catered to all abilities; from the beginner to the expert, we aim to make our sessions challenging for you and help you remain in a constant state of improvement.

No, students wear sportswear for the first few sessions. Gis can be purchased upon registration directly from SSJJKA.

Our members range from 4 to 74 years old. Ju Jitsu is a martial art which you can practice at almost any stage of your life. Our oldest black belt achieved his black belt at 73.

Ju Jitsu is suitable for all levels of fitness. Training sessions are designed to help improve your fitness and to cater to all abilities.

Gradings are typically every three months to assess the students' progress, to see whether they are ready to move up to the next belt.

Ju Jitsu was developed in the Japanese feudal ages. Modern BJJ focuses more on a sporting aspect whereas Ju Jitsu develops one’s ability to defend themselves.

Derived sport forms include the Olympic sport and martial art of judo, which was developed by Kanō Jigorō in the late 19th century from several traditional styles of Ju Jitsu, and Brazilian jiu-jitsu, which was derived from earlier (pre–World War II) versions of Kodokan judo.

Private classes are available for booking. These are ideal for students who want additional 1-to-1 attention and support. Send Sensei Peter an email at info@ssjjka.com to book private sessions.